What Are the Early Signs of Alzheimer’s? 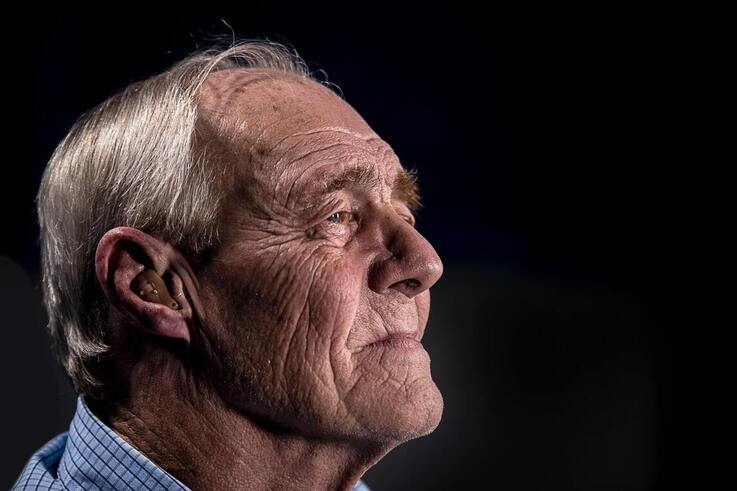 The Alzheimer’s Association reports that Alzheimer’s disease (AD) affects more than five million people in the United States, but contrary to what many think, it is not an “old person’s disease.” Around five percent of victims have what is termed “early-onset AD,” meaning they receive a formal diagnosis while in their 40s or 50s.

Alzheimer’s is the most common cause of dementia, a general term for memory loss and other cognitive abilities serious enough to interfere with daily life. Alzheimer’s disease accounts for sixty percent to eighty percent of dementia cases. But Alzheimer’s is not a normal part of growing older. It is a serious disease that warrants treatment.

What is Alzheimer’s Disease?

As with other types of dementia, Alzheimer’s disease causes problems with memory loss, solving problems, finding the right words, and losing track of familiar tasks. In short, Alzheimer’s affects both a victim’s thinking and behavior. Symptoms typically begin so small as to be unnoticable, and progress over time to interfere with daily life.

There is no single cause of Alzheimer’s disease, although researchers point to several factors, such as genetics, environment, and lifestyle. Many others point to heredity and aging as significant factors. Alzheimer’s has no cure, and it is the sixth leading cause of death in the United States. Victims of Alzheimer’s rarely live 10 years past a diagnosis.

What’s the Difference Between Dementia and Alzheimer’s Disease?

In fact, people can have more than one type of dementia. This condition is called mixed dementia. Alas, it can become so complicated that a diagnosis of mixed dementia can only be confirmed in an autopsy after the victim’s death.

Dementia is a blanket term to describe the range of symptoms that affect a person’s memory, communication, familiar tasks, and overall daily routines. Of this syndrome, Alzheimer’s disease is the most common form, accounting for the overwhelming majority of cases.

Alzheimer’s is a progressive disease that grows worse with time. Some people progress into worse stages more quickly than others. Early detection is always key to better treatment outcomes. By far the most common early sign of Alzheimer’s is the ability to retain new data that has been recently learned. Experts attribute this to how Alzheimer’s typically affects the part of the brain that deals with learning first.

As Alzheimer’s progresses, the symptoms become increasingly severe. This is why an early diagnosis is important. Many Alzheimer’s victims find it difficult to admit they have a problem. The early signs, and obvious warning signs, are most often visible to family members first. But, persuading the loved one that they need to see a physician for memory issues or confusion can be very difficult.

Alzheimer’s disease is broken down into three stages of progression, known as early (mild), middle (moderate), and late (severe). In the early, mild stage of Alzheimer’s, many people find it possible to live independently. Signs and symptoms of early-onset Alzheimer’s may just seem like a memory problem, such as trouble forgetting important dates, judging distance, struggling with familiar tasks, or finding the right words in a given situation.

As was stated earlier, the person with early-stage Alzheimer’s may not realize their own condition as well as others who observe them closely. Symptoms may be just apparent enough to concern children or loved ones and prompt a suggestion to see a doctor. Physicians can use diagnostic tools to identify symptoms that would lead to an official diagnosis.

With a diagnosis or early-stage Alzheimer’s, it is always a good idea to make extended care plans for the future when these decisions may be more difficult. Your physician or SeniorLIFE Center coordinator can likely recommend a specialist who can provide medical advice, and an estate planning attorney to assist you in this important process.

Help is available for those who have loved ones they suspect have early-stage Alzheimer’s disease. Treatments and help for caregivers, as well as home support, are just some of the benefits a member of Senior LIFE can receive. Your elderly loved one may need gentle encouragement to broach the subject, but it is in their best interest to receive a diagnosis and begin treatment as soon as possible.

The LIFE Program is a Medicare and Medicaid approved long-term care program that provides complete medical care and supportive services for persons 55 years and older so that they can remain living in their home. The LIFE Program is an alternative to nursing and personal care homes.

Senior LIFE is a Medicare Program of All-Inclusive Care for the Elderly (PACE) operating as a LIFE (Living Independence for the Elderly) program in the state of Pennsylvania.

Stay connected with us!

Thanks for signing up!
We’ve added you to the mailing list for the location you selected. As a new subscriber, click here to to learn more about Senior LIFE. >

You are now leaving the Senior LIFE website to visit QNS Recruiting. There, you can view the positions currently available at Senior LIFE.